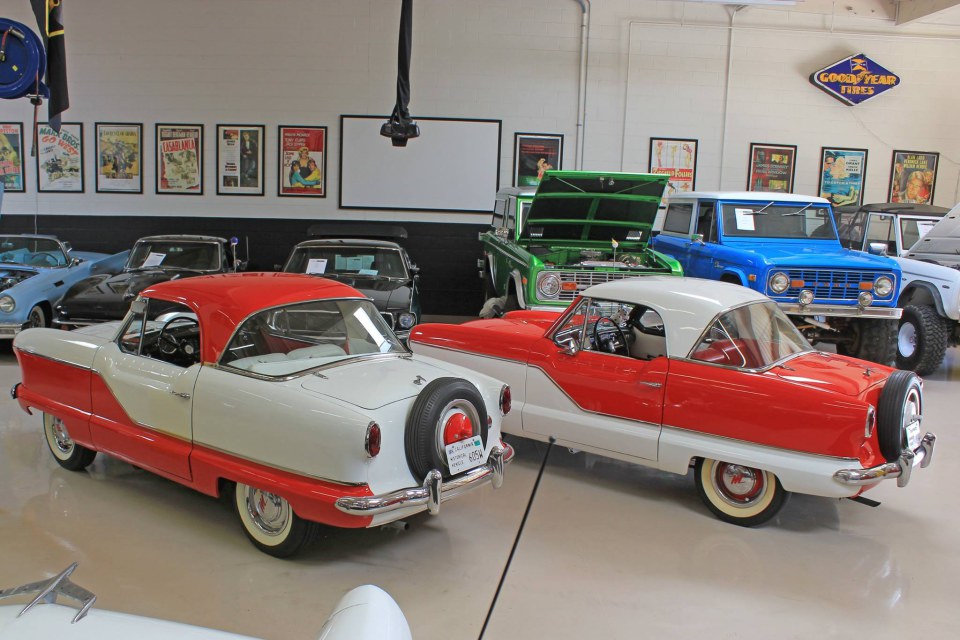 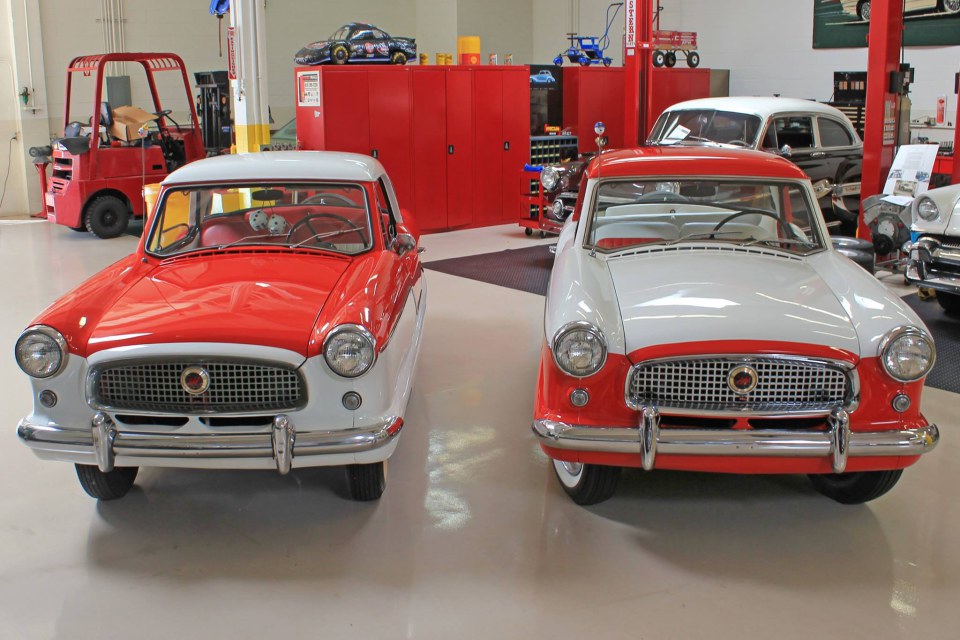 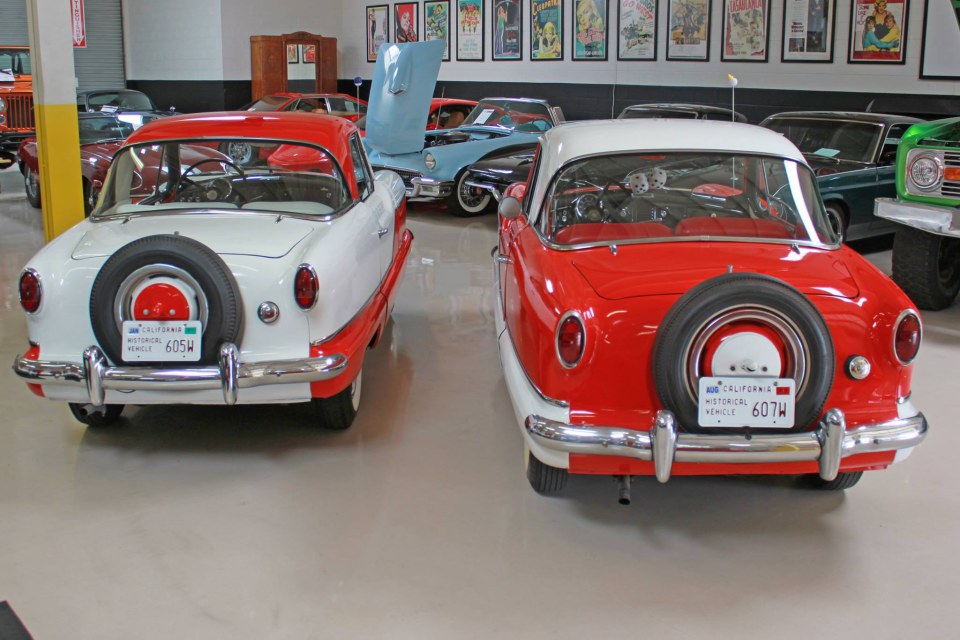 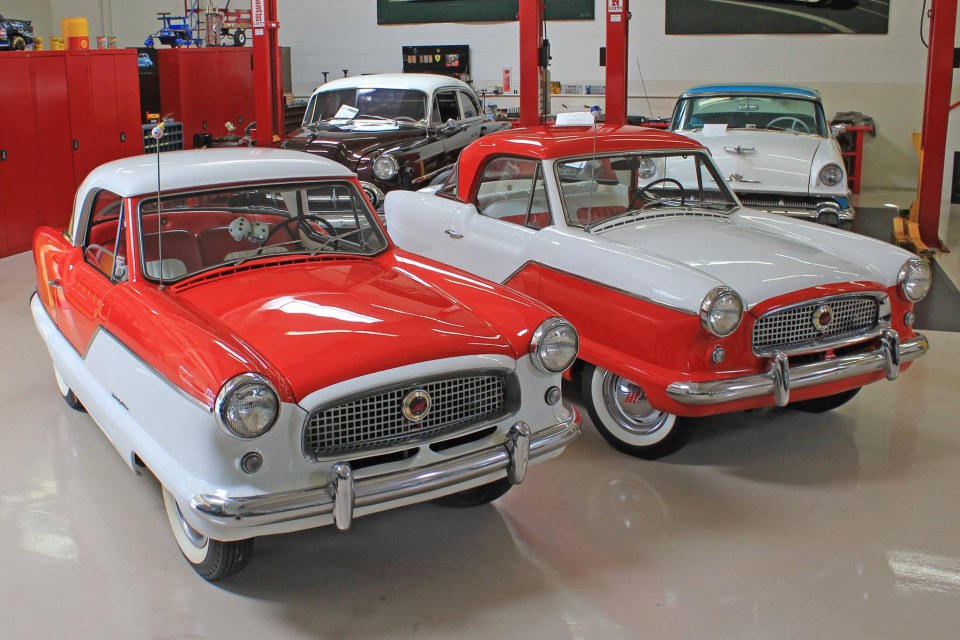 A Tale of Two Metros

This was not an event but Mike and Ike deserved their own page. These siblings grew up in South Dakota with each other for over 50 years. One was a 1959 and the other was a 1961. The 1959 had motor issue sometime in 1961 and instead of trading it in or selling to the dealer. This farmer's wife loved the car so much she wanted new one. So she bought one that day and drove it home. She said the dealer called back about 4hrs later and the repairs were not major the car was back up and ruining fine. She had already fell back in love with her new Metro so she kept them both. She sparing used both cars for day trips into town and in and around the country side.

After many years of owning 2 Metros the cars began to wear and soon were in need of mechanicals and cosmetics. The woman who owned them decided not to sell or go get a new one again but instead restore and theme both as red and white and give them names. Mike and Ike were born again and continued to live in South Dakota together for many years. After the unfortunate passing of her and her husband the cars were inherited by their son on Poway, CA who continued to love and cherish these two little cars. As with most cars your space diminishes and storage soon becomes a problem and now they had to go after 55 years of one family ownership.

After hearing the story I was given strict orders to follow and that was the cars were not to be separated. Sometimes it's hard enough to find one person to buy a metro now they had to buy BOTH... My work was cut out for me and thinking it was going to be difficult. To my surprise Mike and Ike sailed right out of here in no time. The cars went to a lovely couple on the east coast and I'm sure they enjoy driving the cars around Long Island together.

Hey do you like following all our fun activities and events? Do you like being a part of the action? Do you like LIVE on site videos of Fabulous cars and Car events? Do you like watching a Vintage Car Auction live from the seat in the front row... Well then check us out!!! We here at Precious Metals are immersed in the car hobby we do Cars Shows, Events, Drives and Cruise Night weekly if not have daily postings of our little car hobby and business. Please check out the links below, find and follow us on Social Media and become friends with us on Facebook to be right alongside us for all our crazy activities!!! See you soon!

On Youtube as Precious Metals Motor Cars of San Diego